Accueil Editorial Israel, Goldstone and all the rest

Report after report has drawn the same picture. Report after report came to the same conclusion. Israel committed crimes of war in operation Cast lead in Gaza. The last report was also the toughest one: Richard Goldstone, an appreciated international prosecutor, and an active Zionist in his Jewish community in South Africa, headed a committee appointed by the United Nations Human Rights Council to investigate the Gaza War. This time the report might be followed also with concrete actions from the international community.

The world was spitting at Israel after what it was doing in Gaza, and most of the Israelis said it was rain. Israel has shed blood in Gaza and most of the Israelis were told it is water. In report after report the world said what it had to say, and a majority of the Israelis are still deeply convinced that their army, the IDF, is the most moral army in the world, not less. This is the power of the extremely efficient brainwash system. This is the outcome of a recruited media in the so called only democracy of the Middle East. After 42 years of brutal occupation and after 1,400 victims in Gaza, most of them innocent civilians and the Israelis still feel very good about themselves.

There were peoples and states in history who did much worse than what Israel has done to the Palestinian people, but it seems that there was never a people who felt so moral and so just about what has been done on their behalf. Sri Lankans and Sudanese, Serbs and South Africans never claimed that their army is the most moral one. Israelis do. This might change now, thanks to the brave and comprehensive report of Goldstone.

The first and automatic reaction of Israel, both the official and the popular, was as usual trying to condemn the messenger and ignore the message. With Goldstone it was much harder than usual, as it is almost grotesque to blame an active Zionist who was involved in many activities in Israel and whose daughter lived over ten years in Israel and speaks fluent Hebrew, as an anti-Semite.

The good old weapon of Israeli propaganda could not be used this time but hints about Goldstone as a self-hating Jew were spread on any occasion. Almost none of the Israeli reactions dealt with the content of the report, with the message. Only with the messenger. But if Goldstone’s appeal in an article in The New York Times to bring Israeli officers to court will become true, if the ICC will really decide to deal with what comes out from Goldstone’s report, then Israelis will have to draw a lesson and this time in the hard way. Only actions like this, in the legal and international arena might make Israeli decision makers and public opinion think twice before their next brutal aggression against a helpless civil population, the way it was in operation Cast lead.

From this point of view Israelis should be grateful to judge Goldstone: maybe he will succeed in what all the rest before him failed, namely to put a mirror in front of the Israeli society, army and government and tell them, look, this is the way you really look.

Goldstone’s report might also be buried like all the reports before. The voice that came from the United States, the key player, enlarges the danger that this is indeed what will happen. This is the time for the international community not to follow the US blindly and automatically, to remind Barack Obama on which ticket he was elected and what expectations the world has from him, and to raise a voice against the burying of the Goldstone report.

It is important for the international community, it is important for the Palestinian people and it is important for Israel that all the allegations will be tried in the place where it should be tried, the International Criminal Court. When in Israel only one soldier was brought to court after operation Cast Lead, for the ridiculous crime of using a credit card he stole from a Palestinian in Gaza, and the killing of 1,400 people, the demolishing of thousands of houses and the use of illegal weapons, all this never got to any serious investigation in Israel. According to the Geneva convention, when this kind of suspicions are not properly dealt with in the responsible state the international community has not only the right but also its duty to say its word. Ignoring Goldstone will mean more and more operations Cast Lead. Implementing his conclusions might prevent at least some of them.

The responsibility is now on the international community. The Israeli claim that the international community has double standards and is ignoring other crimes of war in the world like American and NATO attacks in Afghanistan might have some logic, but does not clean Israel at all from its responsibility. Imagine yourself the murderer who kills his three years old child, and after being brought to court claims ‘what do you want, there are thousands of children killed all over the world. I am clean.’ 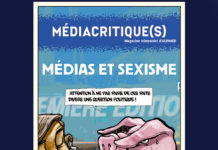